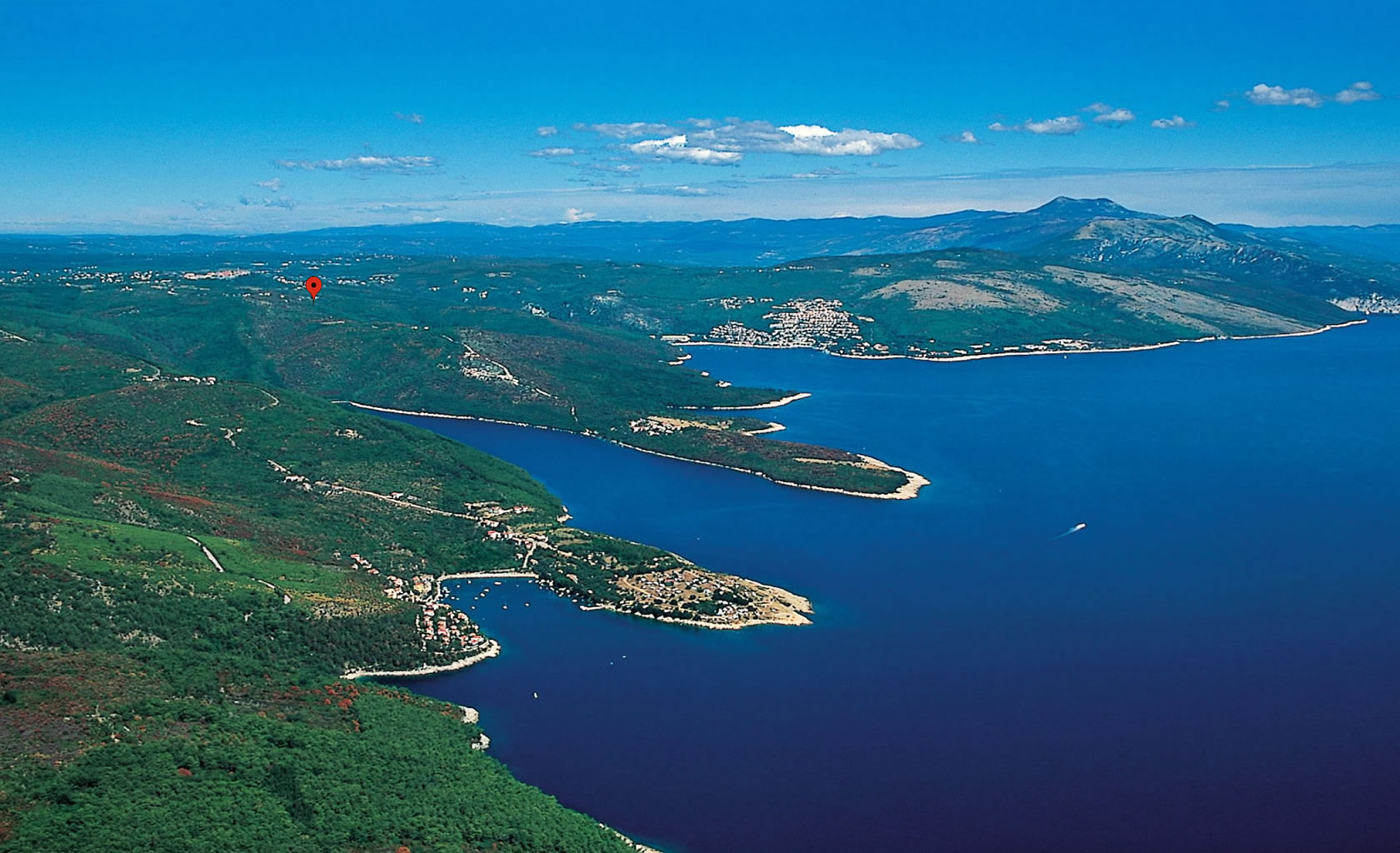 Labin, a picturesque, medieva town situated on a 320 meters high hill above Rabac, and only three kilometers from the seaside, was inhabited already two thousand years B.G. Some historians say it was fortified by the Illyrians in the 11th century B.C. The rich cultural and architectural heritage of Labin is enlivened by number of art ateliers and by the bustling youth gathering in the coffee bars scattered around the old town.
The Sculpture Park in nearby Dubrova features over 70 forma viva stone sculptures.
After a walk through the narrow streets of the Old Town, pay a visit to the Town Museum with its archaeological and unique in this part of Europe, a miniature coal mine. Have a look at the Memorial collection of Matthias Flacius Illyricus, peek into the art ateliers, enjoy the view of Rabac and Cres island from the Fortica .

Today, Rabac is a well-known tourist resort. By the middle of the 19th century, it was a small fishermen village with hardly ten houses. Tourism in Istria, as well as in Rabac, began to develop during the sixties, when this small resort, due to its natural beauty ,its white pebble beaches, rich mediterranean vegetation and crystal-clear, clean and transcluent sea water got the flattering name of 'The Pearl of the Kvarner Bay'.
Since then, all existing hotels, apartments, camping sites and the majority of the private houses have been built. No wonder Rabac was awarded the international ecological award , "Blue Flag" eco-mark in 2002.